Whether it’s a fancy Mocha Cappuccino with extra foam from Starbucks, a regular dark roast from Tim Horton’s or just a cup of instant from your own kitchen, we love our coffee! And why not? It tastes great, is fairly inexpensive and easily attainable.

Thanks to the caffeine content, it can also help get us get going in the morning and give us that extra mid-afternoon pick-me up. But is it a good idea to consume coffee for chronic fatigue. Is it safe for those who have fibromyalgia. And just how popular is this beverage anyway.

CBC released an article in September 2016 confirming that North America consumes a great deal. In fact, the United States ranked in the #9 spot and Canada came in at an astonishing #3, for the most coffee consumption out of 80 countries across the globe.

In case, you were wondering Netherlands takes the lead at #1 and Finland came in at #2. According to the Coffee Association of Canada, coffee is the most popular beverage among adult Canadians over age 16, even more than tap water! People in this country will drink an average of 3.0 cups of coffee per day. But is coffee, or more specifically caffeine good for us?

Caffeine is classified as psychoactive or psychotropic drug, this is a chemical substance that can alter and change the brains function. The difference between this and most other psychoactive drugs is that this one is perfectly legal. And the most popular source of caffeine? Yup, you guessed it, the coffee bean!

Good news! Coffee has not been shown to cause or contribute to inflammation. In fact the antioxidants in coffee may have a positive affect on the immune system and chronic inflammation. Some studies show that coffee may actually protect against Parkinson’s and Alzheimer’s disease, liver disease and type 2 diabetes. Because of the antioxidant content, it may even help prevent certain types of cancers, including liver cancer. 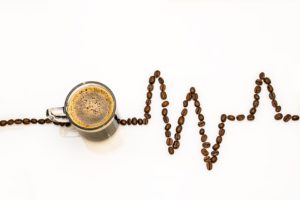 Too much caffeine, on the other hand, can also contribute to high blood sugar, jittery nerves, sleeplessness, high blood pressure and dehydration. The stimulant also has an effect on bone density in women which could lead to osteoporosis.

Many people also experience withdrawal symptoms after a short break from caffeine, which can include irritability, headache, fatigue and lack of energy. Unborn babies may also be at risk because caffeine crosses into the placenta. For this reason, pregnant women are urged not to consume more than one 12oz cup of coffee or 200 mg of caffeine per day.

Caffeine will increase athletic performance and endurance levels. These benefits however are mostly present in those that don’t consume caffeine on a regular basis. Once an individual develops a tolerance to a certain amount of caffeine, they will no longer experience the same increase in energy and concentration. For this reason, they will require higher and higher doses just to obtain the same effects as before.

To answer the previous health related questions, you can drink coffee for chronic fatigue, but if you are a regular coffee drinker, you won’t really notice the effects of the caffeine anyway. And while coffee may have some health benefits, too much caffeine is not healthy for anyone nor is it the ideal beverage for those with fibromyalgia.

What about weight loss?

You may have noticed that many over the counter weight loss supplements include caffeine among their list of ingredients. Caffeine suppresses the appetite, acts as a natural diuretic, (increasing water loss) can also potentially increase resting metabolic rate, and therefor contribute to some weight loss.

However, any weight loss attributed to the caffeine alone would be very minimal. It certainly would not be worth the risks involved, and can lead to over consumption. Many people also add cream and sugar to their coffee which of course adds more fat and sugar to their overall diet.

Show me the money! 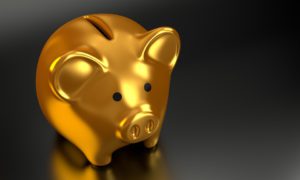 Heath is most important, but many people don’t consider the amount of money they spend on coffee, so I thought it would be worth a quick mention in this article. The average price a person pays for a cup of coffee in Ottawa Ontario is $3.89. In some cities it’s more, in others it’s less, but this is about the mid-range. On the surface that one cup of coffee seems pretty cheap.

However, even if you purchase 3 cups (the average in Canada) per day, your spending approximately $350 a month or $4,200 a year on just coffee! With figures like this, it’s not hard to see why coffee is a 6.2 billion-dollar industry in Canada. This type of money could have been invested, or at least go towards a very nice vacation someplace warm. Thankfully though, 8 out of 10 cups of coffee are consumed at home which can save us a significant amount of money in the long run.

Make mine a decaf please

Personally, I don’t think I could never give up my coffee. I can remember times I’ve waited seemingly forever in a coffee shop drive through line up on my way to college or work on cold winter mornings before the sun was even up.

I’m sure that for some of us it’s even worth being a bit late to work for! I decided however switch to decaf a few years ago. It may seem silly to drink coffee without caffeine, when that’s the reason most people drink it in the first place. The truth is, I feel a lot better not having to depend on that caffeine boost all the time.

I also just love the flavor of the coffee, I sometimes even forget that I’m drinking decaf, because they taste pretty much the same. Besides, It wouldn’t take much for me to experience that extra caffeine jolt, from a real coffee in the future, if or when I should ever need it because I’m not drinking it on a regular basis. Remember that caffeine only really helps fight fatigue if you’re consuming it often and it is addictive.

If you would like to quit or decrease the amount of caffeine you consume, the best advice I can give you would be to do it gradually. Everybody’s body will react differently, but I’ve found that most people have an easier time with the dreaded withdrawal symptoms if they cut down slowly.

Keep in mind that you may be consuming other substances that contain caffeine without realizing it, such as chocolate or energy drinks. If you do decide to go decaf, chose a brand that is decaffeinated naturally, using the Swiss water process (SWP) which is a non-solvent method for decaffeinating un-roasted coffee beans. Why not give these organic, fair trade brands a try:

Note: it is unlikely that any coffee is going to be 100% caffeine free and may still contain trace amounts of caffeine. 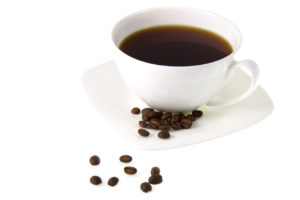 If you have a hard time digesting milk or cream and you want a creamy coffee, you may want to try canned coconut milk as an alternative. Coconut milk is sugar free, but is still high in fat, so use sparingly.

If you currently use sugar in your coffee, you can try a small amount of pure vanilla extract instead of an artificial chemical sweetener. Cinnamon, which naturally promotes healthy glucose levels is wonderful in coffee, for a bit of sweetness. Stevia leaf extract may also be a healthier calorie free sugar substitute, look for it under the brand name ‘Truvia’.

Former Canadian NHL hockey player Tim Horton opened the first Tim Hortin’s shop in Hamilton Ontario in 1964. It is now the largest quick service restaurant chain, with over 3,692 locations all across Canada. It has literally become part of our Canadian heritage, like hockey and beer. These however are perhaps topics for future blog posts. In the meantime, I am going to take a much-needed coffee break, talk soon.

Please leave us some comments below. Let us know what you think of this article or give us some ideas for future articles on other fibromyalgia or chronic fatigue related topics. Thanks for your interest!