We all crave something sweet occasionally, but most of us try to avoid eating sugary foods for the obvious health benefits. An increase in sugar consumption has been linked to insulin resistance, diabetes, heart disease, cancer and weight gain. But are artificial sweeteners a good alternative?

After all, they are low in calories and are often touted as being a safer option for diabetics. I, like a lot of concerned consumers purchased it myself, in an attempt to eat healthier. Since then, I’ve learned that they are far from healthy especially for those with diabetes and fibromyalgia. Read on to find out why artificial sweeteners are bad for you. 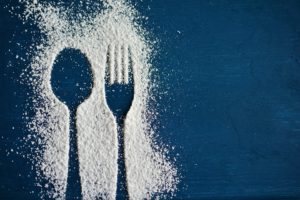 Aspartame is likely the most popular chemical sweetener. You may recognize aspartame marketed under the trade names Equal and NutraSweet. It is an artificial low-calorie, non-saccharide sweetener that is 200 times sweeter than sucrose. Aspartame is available in most grocery stores and restaurants. Despite its widespread use, the artificial sweetener aspartame is currently one of the most controversial food additives on the market.

Aspartame’s ingredient list include aspartic acid, phenylalanine, and methyl alcohol which is poisonous to the body. When methyl alcohol breaks down at high temperatures it turns into formaldehyde and DKP (diketopiprazine). then formic acid. These highly toxic chemicals adversely affect the nervous system. This is the reason an aspartame containing beverage should never exceed a temperature of 86 degrees.

Unfortunately, we simply don’t know enough about the long-term effects of aspartame to say for sure exactly how much harm it can potentially cause. In a review conducted on nonnutritive sweeteners, such as aspartame, sucralose and stevioside, no evidence was found that these low-calorie sweeteners, were effective for weight management and in fact may contribute to it. 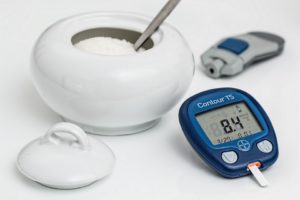 Several studies from 2016 and 2017 reviews, found a link in participants between increased body weight, body mass index (BMI) and waist circumference and a regular intake of nonnutritive sweeteners. It also suggested that individuals who consumed sweeteners such as aspartame, on a regular basis, were at a greater risk for developing metabolic disorders, diabetes, heart disease and stroke.

Since aspartame was approved in 1983 for human consumption, the FDA has received many complaints of adverse reactions, more than any other food additive. Some of these reports include:

shooting pains down the legs

There have also been numerous news reports that suggest a link between aspartame and the following:

Although many believe there is insufficient scientific evidence to confirm the claims of aspartame’s involvement in any of the above, there is also a lack of evidence to suggest it can’t be responsible either. Many studies do conclude however that aspartame consumption should be approached with caution due to the possible effects on neurobehavioral health.

How can it affect fibromyalgia? 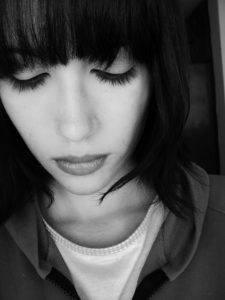 According to Dr. Ginevra Liptan MD, author of The Fibro Manual, Artificial sweeteners and MSG (which are classified as excitotoxins) should be avoided at all costs! She writes that in addition to aspartame, almost all artificial sweeteners, including sucralose Splenda and saccharin Sweet’N Low, can increase fibromyalgia pain. If you are looking for a calorie free, non-sugar substitute, she suggests a natural sweetener such as stevia, which is marketed as Truvia. Read the book review here.

Unusual musculoskeletal adverse effect of aspartame were reported in two patients. One of the patients was a 50-year-old woman that had been suffering from widespread pain and fatigue for over 10 years. This led to a diagnosis of fibromyalgia. While on vacation in a foreign country, she had forgotten to take her aspartame with her, and did not suffer from any pain.

All her symptoms, however, reappeared a few days after she had returned home when she reintroduced aspartame back into her daily diet. Aspartame was then excluded from her diet, and the result was a complete regression of the fibromyalgia symptoms. This begs the question… could aspartame worsen or even cause fibromyalgia pain?

Why is it legal?

Because of obvious conflicts of interest, the legality of aspartame has been a source of much controversy over the last few decades, and rightly so. Donald Rumsfeld bounced back and forth from positions in the government and pharmaceutical industry. Rumsfeld was the chairman and CEO of G.D. Searle when he was hired to facilitate the FDA approval for aspartame. Because of his success with aspartame, he was awarded a generous $12 million bonus.

The FDA, however, had opposed the approval of aspartame for sixteen years before that because studies showed it caused brain tumors and lesions in animals. It was also approved for use in soft drinks in 1983 even though the National Soft Drink Association (NSDA) protested it strongly, claiming aspartame to be “inherently, markedly and uniquely unstable.” This statement makes sense when you consider how toxic the substance becomes once it’s broken down by the body.

My own scary experience with aspartame.

My story takes place bout 15 years ago, this was before I was married, had children, became a certified health coach or worked as a health care provider. At the time, I worked in a cubicle with no windows for 10 hours a day in a job that I despised and the only thing that seemed to keep me going was copious amounts of coffee every day. 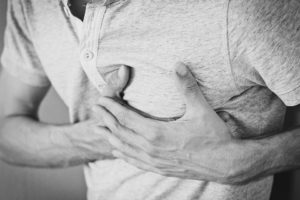 Soon the large amounts of sugar I used to add to my coffees began to show on the scale and I began to wonder whether aspartame would be a better solution. That’s when my boyfriend at the time and I decided to go on a real ‘health kick’ and substitute sugar for aspartame. We also started downing aspartame sweetened soft drinks like crazy, because why not? we assumed it was healthy.

Before long, I started experiencing strange and unexplainable heart palpitations. For someone in their early 20’s who has had no known health issues, this was odd, to say the least. I passed it off as just work-related stress, but the symptoms only got worse. It wasn’t until a couple of months later that my boyfriend confided in me that he had been experiencing random panic attacks at work for no apparent reason.

Then one of my boyfriend’s colleagues asked him one day if he was consuming aspartame, because she had had a similar experience with it. Finally, we decided to do a little research and looked up possible side effects for aspartame and low and behold! All our symptoms were on that list! I was shocked, we both were. Needless to say, we ditched the aspartame after that.

Sure, I could have passed it off as a coincidence, but I truly don’t believe that it was. About a week or so after we quit aspartame, our symptoms completely vanished. I haven’t had aspartame since, and my symptoms have not returned. I realize that some may be more susceptible than others and I was consuming quite a bit of the stuff, yet my consumption was still considerably lower then the daily limit of 50 mg/kg set by the FDA.

There are better alternatives. 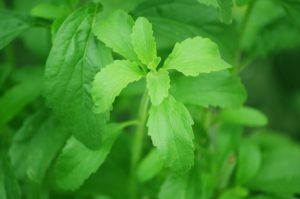 Fortunately, there are better alternatives out there, so you don’t have to give up the sweets entirely. Stevia is a great option, is all natural and comes from the stevia leaf. Other great options include monk fruit extract and erythritol. These sweeteners will not raise blood sugar like aspartame and other artificial sweeteners can which makes them safe for diabetics as well.

Although I will be covering these natural sweeteners more in depth in another article, I will include a short list of the brands that I purchase and use on a regular basis, should you want to check them out for yourself. You can even bake with these sweeteners which have the added benefit of not leaving an awful chemical after taste.

What are your thoughts?

Thank you for taking the time to read this article on why artificial sweeteners are bad for you. I hope it has helped you in some way. Please let us know your thoughts on artificial sweeteners, including aspartame. Do you believe they are bad? Or, are you of the opinion that they are harmless? Either way, we would like to know your thoughts on this topic. Thanks again!

8 thoughts on “Why Artificial Sweeteners Are Bad For You!”