This is one of the main reason why this disorder is often miss-diagnosed or can often go undiagnosed for many years. Is it any wonder why many people ask “do I have fibromyalgia?” But before we address that question, lets take a quick look at what fibromyalgia is. 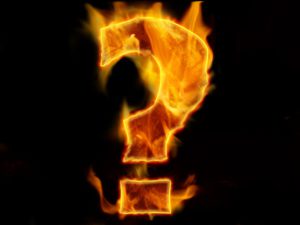 If you looked up the root Latin word for fibromyalgia, (“pronounced “fie-bro-my-al-jia”) it actually translates to “condition of connective tissue fibers and muscle pain.”

Fibromyalgia is a syndrome (not a disease) caused by abnormalities in how the brain processes pain. The result is a heightened response to pain when pressure is applied and an overall feeling of pain throughout the body. It is often referred to as a chronic pain condition.

Although neither progressive, degenerative or dangerous, the symptoms associated with FMS can be extremely challenging to live with. The frustrating symptoms characteristic of fibromyalgia are experienced by approximately 10-11 million Americans and up to 8% of the population. Twice as many women are effected than men. The exact cause of the disorder is unknown and as you may have guessed there is still no known cure.

Because the onset of symptoms are so gradual, many patients who suffer from FMS have a hard time pinpointing the single factor that started their condition. While fibromyalgia is usually characterized by widespread pain throughout the body, there are other symptoms to watch out for.

Cognitive Function Memory loss. Memory loss, affecting both short and long term memory, diminished attention span and problems concentrating are often reported. Many will also experience “brain fog” or “fibro fog” as it is sometimes referred to. About 58% of fibromyalgia patents also suffer from migraine and non-migraine headaches.

Fatigue is one of the most common symptoms.

Depression. Depression, which is classified as a mental disorder could be a symptom of fibromyalgia. This can affect a person self-esteem, cause mood swings or severely low moods and can even cause physical pain. Individuals may feel isolated, lonely, sad, sluggish and lose interest in hobbies they once found enjoyable.

Restless Leg Syndrome. This is often characterized by an unpleasant and uncomfortable feeling in the legs. It is also sometimes described as a painful, tingling or aching sensation. Moving the legs seems to temporarily relive the discomfort, hence the name restless leg syndrome. Although less common, some experience these sensations in their arms as well.

Fatigue. Almost all fibromyalgia patients report extreme fatigue and a loss of energy. This is sometimes severe enough to affect a person ability to person normal day to day activities. Quality of sleep is also affected and the amount of rapid eye movement (REM) sleep, fibromyalgia patients receive a night. For this reason, allowing yourself the right amount of time at night to get enough deep restorative sleep is a must for those who have fibromyalgia.

Other Symptoms You Should Be Aware Of

Other very common symptoms of fibromyalgia include:

Unfortunately many individuals living with fibromyalgia also suffer from other pain based medical conditions, including:

What Is The Diagnosis? – Do I Have Fibromyalgia?

While that is an important question, I’m afraid the answer may not be so simple. As stated before, it is very difficult to determine if these or some of these symptoms are in fact related to fibromyalgia syndrome. Even physicians have a difficult time diagnosing this disorder. There is no specific routine test for diagnosing fibromyalgia and many people have lab tests come back completely negative. 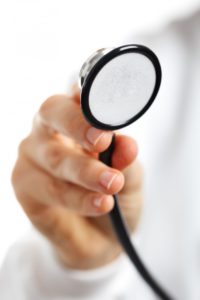 In 1990 criteria to define fibromyalgia were established by the America College of Rheumatology. It states that for a proper diagnosis, one must have had widespread musculoskeletal pain for longer than three consecutive months, along with pain in at least 11 of the 18 tender point sites. Tender point sites include the base of the neck, upper chest, upper back, shoulders and hips. In the end, these, and the symptoms mentioned above will be the determining factors of whether you have fibromyalgia.

Be aware that the term “tender points” is often confused with the term “trigger points” and vise versa. Trigger points radiate pain tingling or numbness. Tender points also respond to pressure but do not refer pain to other areas of the body. Still, many people with fibromyalgia experience pain at different locations of the body as well as these tender point sites. On the other hand there are many who experience pain at some or most of these sites, but do not have fibromyalgia.

What Can I Do About It?

Fibromyalgia is still considered a fairly new condition and many more studies and a lot more research have to be done. The chronic pain and other uncomfortable symptoms are very real, and while there is no cure, treatments to help manage these symptoms do exist.

If you have FMS, regular exercise has been shown to help lessen pain, improve sleep, reduce stress and symptoms of depression. For many, physical activity has also helped with cognitive function and memory problems. Aerobic exercise and exercises that focus on stress reduction and a mind-body connection like yoga and ti chi have been reported to be very beneficial. 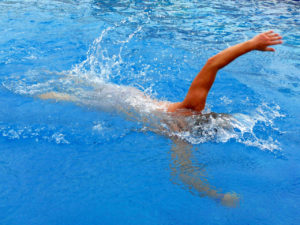 Cognitive behavioral therapy, as well as meditation can also be wonderful tools in reducing stress and anxiety. Allow for a minimum of 8 consecutive hours of sleep and be aware of good sleep hygiene practices. Many individuals who are living with fibromyalgia improve their symptoms when they eat more nutritious foods or follow a specific “fibromyalgia diet.”

It Is Always Better To Know

If you think you or a loved one may have fibromyalgia, the first step is to talk to your doctor. Many people don’t understand what fibromyalgia sufferers go through or much about the disorder in general. Some are afraid to ask the dreaded question “do I have fibromyalgia?” Perhaps because they are afraid that their doctor may end up giving them a positive diagnosis. Please don’t let this be you.

An estimated 75% of those who suffer with this disorder, go undiagnosed. There are plenty of great resources and a lot of help out there and no one should have to suffer in silence. So, while it can sometimes be difficult to diagnose, I believe It is definitely better to know the answer.

12 thoughts on “Do I Have Fibromyalgia? – Signs and Symptoms You Should Know”